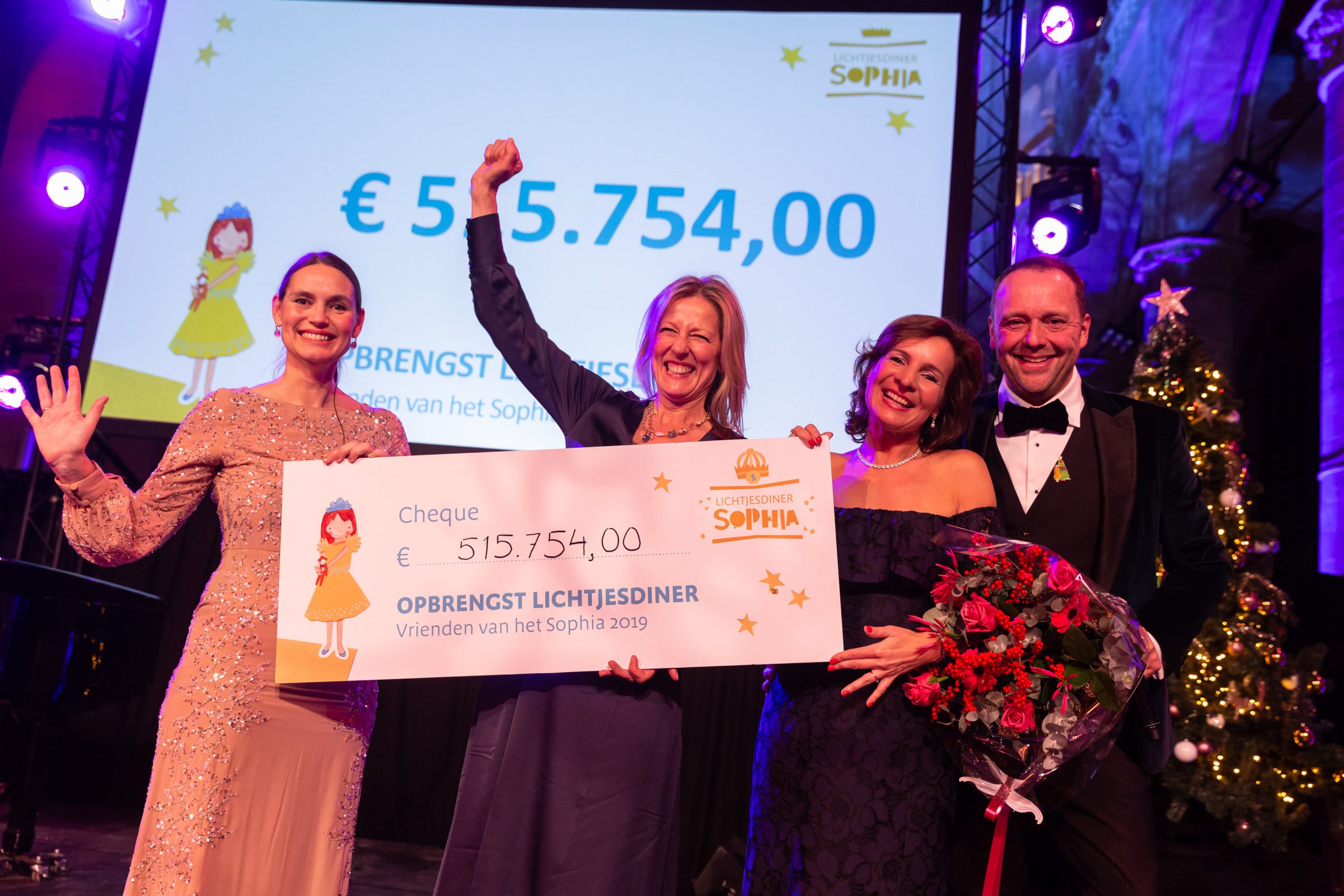 The substantial sum of € 515,754 was raised during an auction on 7 December 2020 in the Laurenskerk in Rotterdam. About three hundred persons put on a bid on works of art, a trip to the Maldives and a garden design by Erwin Stam Tuinstudio. Racing in a Porsche at a circuit together with the ambassador of the Sophia Children’s Hospital, Prince Pieter-Christiaan, was also raffled and guests could purchase a bottle of champagne at a value of 500 euros.