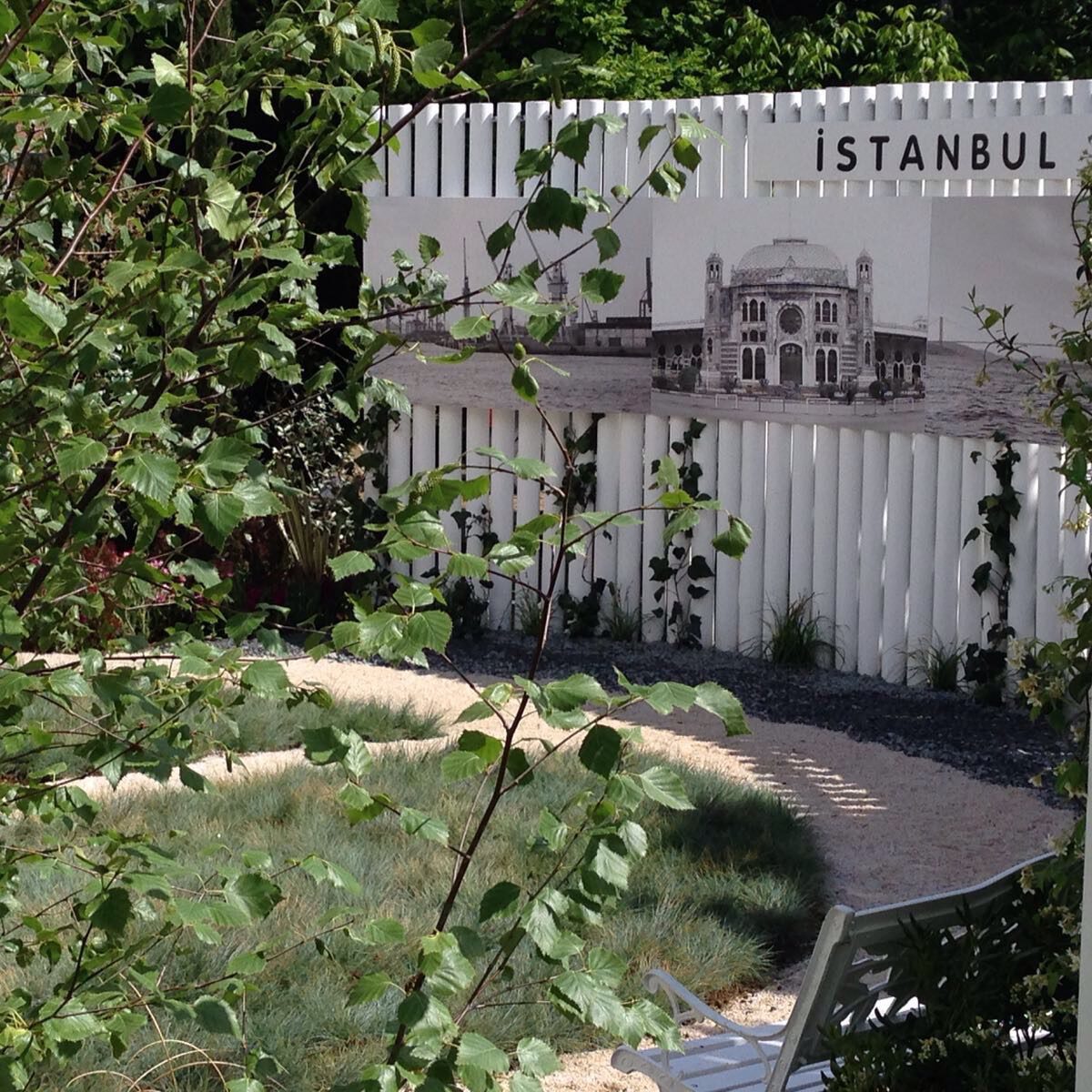 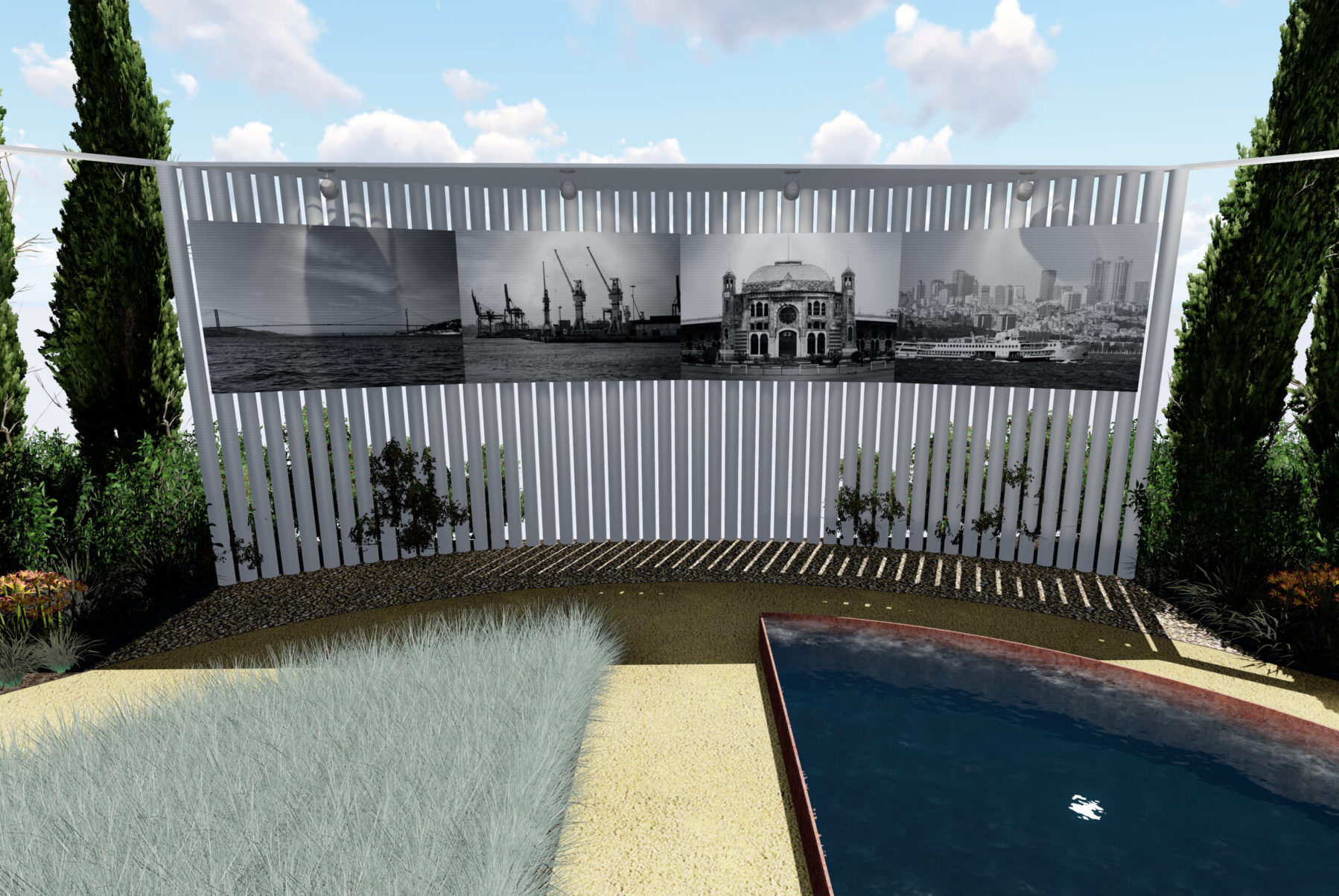 Erwin Stam was invited to design a show garden for the Istanbul Garden & Flower Festival in Turkey. The festival was held between 7 and 15 May 2016 and the theme of that year was ‘Peace’. Curators of the show were Stephen Bennett and Andrew Fisher Tomlin, who were previously involved in RHS Chelsea Flower Show in London.

The mayor of Beşiktaş, Atty. Murat Hazinedar says about the festival:

“The International Garden and Flower Festival is to give a message. For this reason, we consider this festival, which is thematised with peace, important. Flowers symbolize peace. Let the weapons be flowers, not bullets. And let the tanks scatter flowers, not cannon balls. In addition, the festival aims to encourage the culture of personal gardening at home and to raise awareness of the botanic and green environment throughout the cities’ public spaces”.

Erwin Stam’s entry is called ‘Garden of Connection – Istanbul meets Rotterdam – Cities along the river’. The garden reflects the dynamic nature both of Istanbul and Rotterdam. In the garden two white pavilions with photos of both cities are linked together by the peace sign as a central point. The planting around the Istanbul pavilion is Mediterranean, including cypresses and oleanders, while the planting around the Rotterdam pavilion is more Western European, with white birches and green ferns. The peace sign is filled with water and lavender reflecting the neutral meeting place. The round form makes the garden a confined space where both cultures meet.

More information about the festival and all designers: 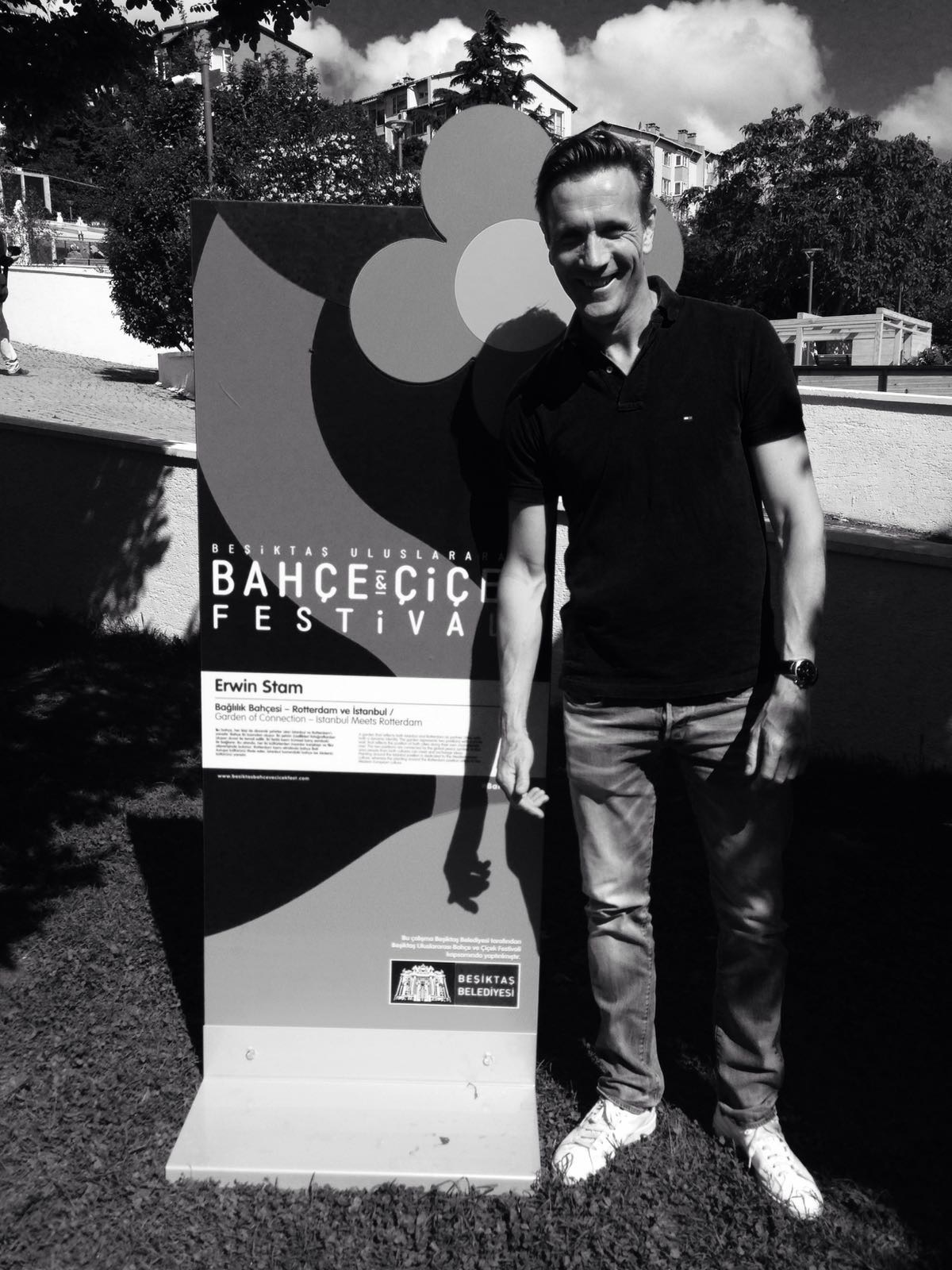 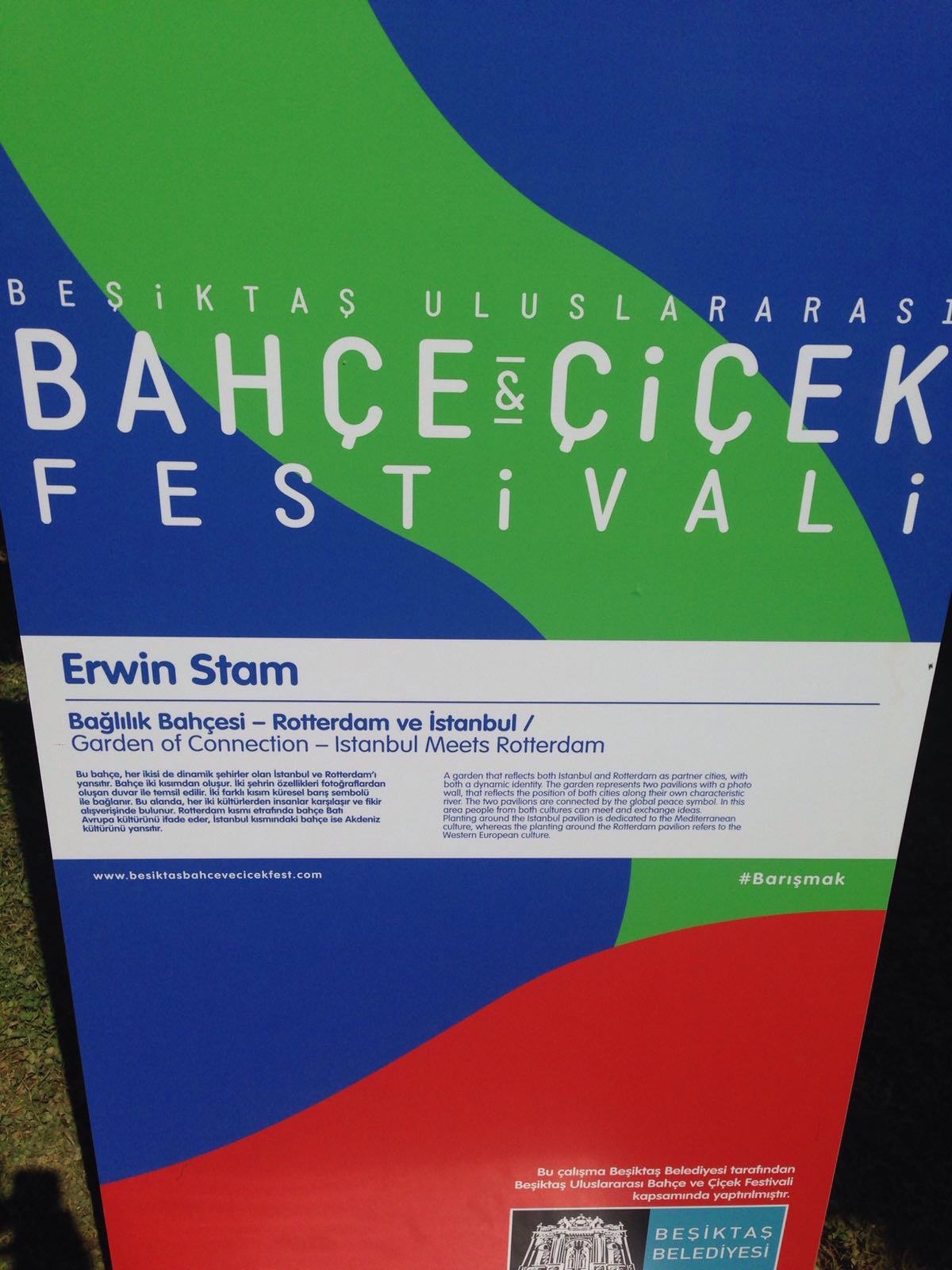